A large green garden located over Vallianos Square in the heart of Argostoli. 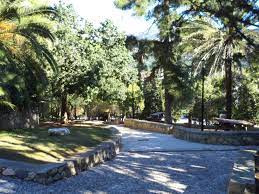 It is the Garden of Napier, where tourists may stroll through the woods and calm on one of the benches.It was built during the English control of Kefalonia in the early nineteenth century by the deputy of Kefalonia, Napier. According to historical records, there was a vineyard in the location then known as Koutoupi, on property owned by Peter Valsamakis. He had purchased Napier’s land and converted it into an elevated park, which became known as the “Garden of Napier” and remained in the family’s ownership until 1905.The Municipality of Argostoli then succeeded to sign it and transform it into a municipal park, which it still is today.

The Garden of Napier is now open to both locals and visitors following its recent restoration.
Visitors may observe the Memorial of Argostoli, the bust of the garden’s creator, and a gazebo, created as it is now, while walking the walks of the overgrown park with walkways and venues. 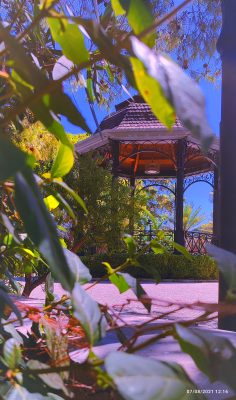